A few years ago, when I was working on the $300 House project, we had an interesting group of participants – ranging from academic institutions and large multi-nationals, to individuals and small startup firm.

Almost without exception, the participants that were able to contribute and learn the most were the smaller companies and individuals. Many of the larger firms were interested in learning, but were not interested in sharing any information with the rest of the community. Those that were interested in exchanging information were very slow, on average 5 our six times slower.  For example, it would take them a week to make a decision or answer a question.  The smaller companies would take a day.  Individuals would make their decisions on the spot.

Why was this?  There was an element of trust that was missing in every almost every organization.

There were some notable exceptions.  Berlin-based Jovoto for one.  Their decisions were instantaneous.  Each employee was 100% engaged and 100% empowered.

Another element was financial.  The individuals and companies working on the project for free were far free-er.  Of course, there were some individuals that weren’t interested in sharing either.

Ideology had a role to play as well.  Many of the architects came to the contest with their design philosophies, and had a difficult time adapting.  There were different mindsets between North American participants, and participants from the Global South.  In general, the participants from developing countries were far more concerned with local capabilities: the ingenuity of the poor to build their own houses. 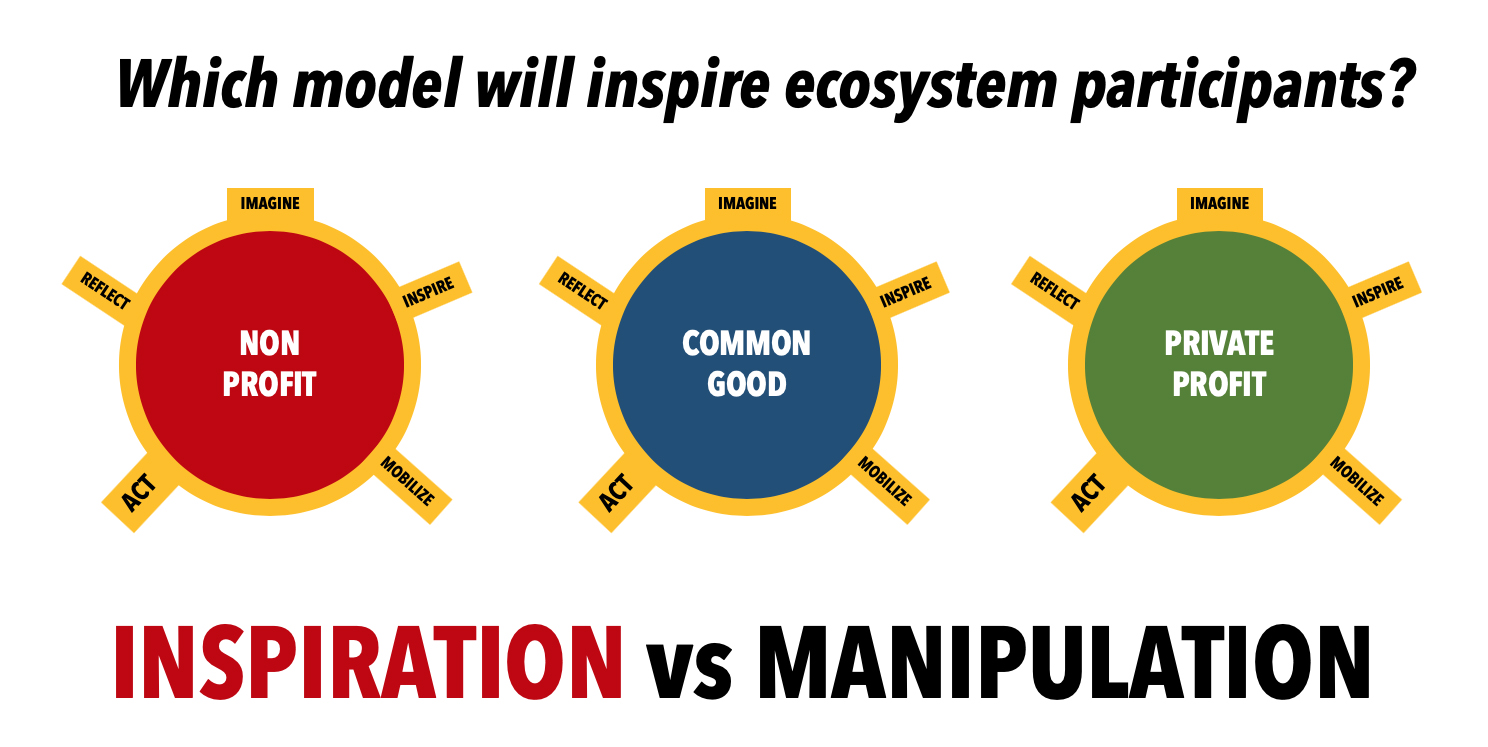 Fairly soon into the project it was clear that there were essentially two camps – the learners and the critics.  The learners were open to new ideas, accepted feedback, and modified their designs and models.  The critics were inflexible, and were argumentative, formed cliques, and some even tried to sabotage the designs of others.

On the corporate side, some of the participants worked on the project off the clock.  Credit was taken by executives, and not shared with the actual idea-generators and workers.

Non-profits were as closed-minded as the private companies. It was individuals and companies that pursued the project with a higher, non-monetary vision that ended up succeeding.  The “common good” was the most directive.

Looking back, here are the five reasons why the innovation barrier exists.  These are, in effect, collaboration barriers:

Most businesses and some individuals don’t have the mindset or agility required to interact openly and with integrity in the larger innovation ecosystem.  It’s the Achilles heel of the future of business innovation.